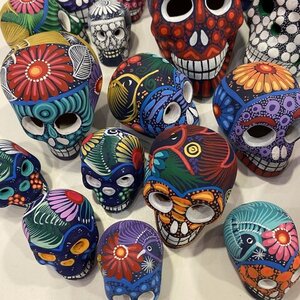 Rest Ye Merry – iconography of the skull, a recurring motif in the classical iconography of many cultures, is definitely a most controversial one.
If at first glance it may seem to express a negative value of Death, in folk traditions  of Tibet, Ladakh, India, South America (although in a more complex environment: suffice it to think of the Day of the Dead in Mexico), as well as in Celtic culture, it has a very positive meaning. In Eastern cultures it is seen as the representation of knowledge, the wisdom of the ancestors eager to heal their people. In Tibet, where it is especially popular, it is considered the emblem of the transience of life, a picture of what was and what is, of the existence it contained and which it represents.
Lettura in italiano  –  Lectura en español 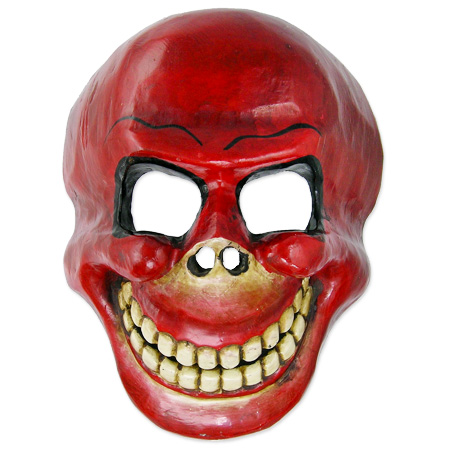 Personification of impermanence, the skull represents the experience of death and the desire to defeat it, its inevitability, the need to live life fully practicing compassion, and finally leads to the understanding of the limitations of human knowledge. In Buddhist rosaries, skulls help to sense the meaning of life and death during prayer and meditation.
The concept of acceptance of the earthly end is what lies at the base of the famous Mexican holiday El Dia de los Muertos, a ritual involving the populations of the mountain plateaus of the center and south of the country, particularly in Oaxaca, where the skulls, called Calaveras, are depicted in every possible variant, from paintings to jewelery, typical for this occasion, to colorful sugar sweets.
This solemnity is deeply felt, and the local population participates in mass; it mocks and makes fun of death, and the skulls act as a link between the living and the deceased loved ones; passing away is a necessary, unavoidable and inescapable part of human existence, and this ritual is meant to honor the continuity and persistence of life. 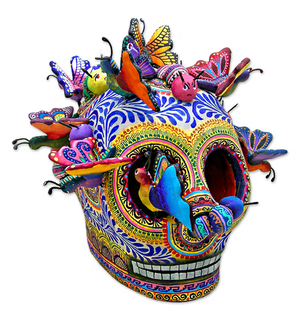 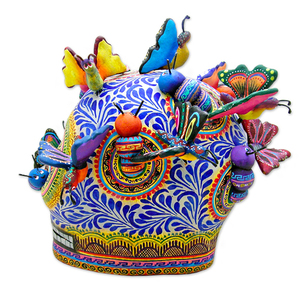 In this regard, it is interesting and pleasant to read the short text that follows, testimony of Paola Guajardo, a Mexican who lives in China, who recalls and confirms the participation of her people in this extraordinary celebration.
“They have to face a long journey in order to reach the place of the Gods”, Paola Guajardo says, admiring a shiny skull-shaped sugar sweet. These delights are for Leonora Carrington, a surrealist painter who died in May 2011, and Paola and is putting the finishing touches to an altar of the Day of the Dead in her honor at the Mexican Embassy in Beijing. 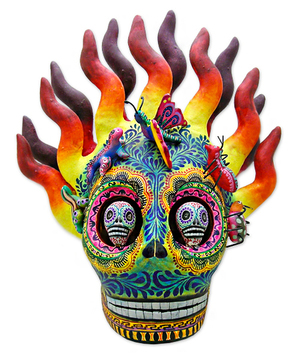 To guide the artist along the way to her next life, rows of candles flickers on the various shelves of the altar, already inflamed by orange crepe paper, the traditional color of mourning for the Mexicans.
“We can not get those flowers here,” says Guajardo, referring to the bright orange marigolds that are used on such occasions since the time of the Aztecs.
When the Spanish arrived in the Yucatan Peninsula, they ran into a festival of Midsummer dedicated to children and the dead, celebrated with fire and incense, costumes in animal skins, images of the dead and offerings of their personal items, favorite foods, drinks and flowers.
In a not particularly successful attempt to christianize the event, the conquerors moved the festivity on November 2, All Saints’ Day, which still falls today.
While the Mexican tradition seems to resemble the Chinese Tomb Sweeping Day, the atmosphere is different, says Paola, whose husband Jorge is the Mexican ambassador in China.
“ El Dia de los Muertos  is a day dedicated not so much to mourn, but to celebrate and accept death with irony and humor,” she reveals.
Vigils in cemeteries are flooded by native marigolds, giving the festival a touch of Halloween, a festivity with which it shares the period and the relation to the theme of death. Such irreverent attitude can be shocking to the Chinese, who instead have a very solemn approach towards rituals in honor of their ancestors: for them, in fact, this day is dedicated to the worship of ancestors, called Qing Ming Festival or Tomb Sweeping Day, because on this occasion families visit the tombs of loved ones, cleaning them well and embellishing them with flowers, and afterwards consuming food and fruits over the swept graves.
The traditional festivity of the Day of the Dead was declared “an untouchable cultural heritage of humanity” by UNESCO in 2003 and registered in the Representative List in 2008.
For four years, Paola has created altars for several deceased celebrities and admits she has a certain affinity with the artists: last year the honor went to Frida Kahlo. Although taking advantage of this occasion to share a slice of her culture with the Chinese community in Beijing, for her it was actually a real journey full of discoveries: as a native of northern Mexico, she did not grow up with that kind of traditions, typical of other regions. 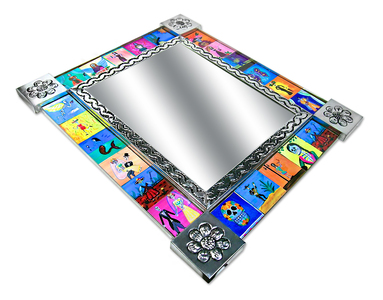 (mirrors available in size 32×38 cm height and 38×42 – more informations info@ethnos.biz)
Carrington, on the other hand, would have probably appreciated an altar dotted with sugar skulls and humor of such a personal nature.
Man’s desire to overcome death is precisely shown in the mockery of it, and the best way to express this concept is to use one of death’s symbols, the skull, to exorcise it and to praise life, its completeness and extension.
Further north, namely between the Celts, the skull takes on articulated and composite meanings : it is seen as the source of power, the essence and the abode of the soul and of the human being; therefore is considered an emblem of authority, divinity and creation, source of intelligence, spirit and origin of life itself. 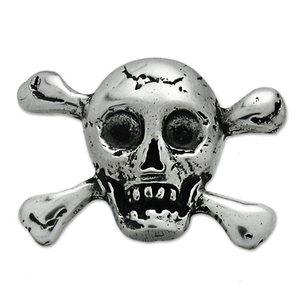 Used in rituals and sacrifices, skulls were also found at the bottom of holy wells, where they probably were thrown to purify deep waters, and are therefore related to the symbolism of purification of the soul and its renewal. Intended also as warnings, it was believed they could eliminate any kind of illness and negative influence, and that wearing them would ensure well-being and protection, as tutelary deities protectors of men. 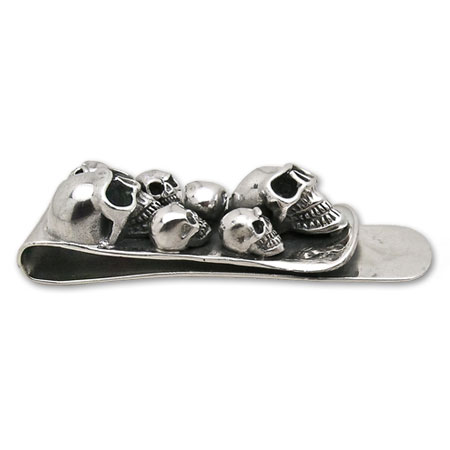 In more ancient times they played the role of war trophies, related to the death of an enemy and the acquisition of his characteristics and valor.
The skull, therefore, in all cultures and traditions, with many variations and peculiarities, embodies a collective meaning: man’s awareness of the inevitability of death, but at the same time, the ambition to be able to submit it using allegories that represent death itself.